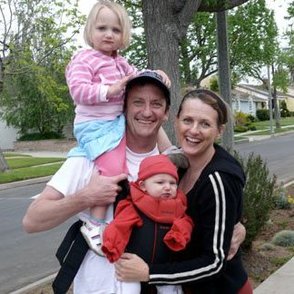 Jon Chenier, M. Arch, Allied Member AIA  is the principal owner of Chenier Design since its creation in 1998. Mr. Chenier has a broad range of work experience from commercial to residential design.  His commercial design experience has involved restaurants throughout the United States and Rome, Italy, specifically the Hard Rock Cafe, Chin Chin Restaurant, and the House of Blues Foundation Room and Green Rooms.

He has also remodeled medical offices, board and care facilities and medical office buildings throughout Los Angeles. In terms of his residential work he has remodeled homes throughout Los Angeles, California and Portland, Oregon.   He is especially interested in developing housing that responds to his clients' needs for creativity, functionality and flexibility within their living and working conditions.

He received a Bachelor of Fine Arts degree in Interior Architectural Design from California State University Long Beach (CSULB) in 1994. After working in the field of interior architectural design for eight years and teaching at CSULB for two years he returned to school and completed a Masters of Architecture, Professional Degree from the Southern California Institute of Architecture (SCIARC) in Los Angeles.

Mr. Chenier has been a part time faculty member in the department of Interior Architectural Design at CSULB.  In addition to his teaching responsibilities he founded and developed the study abroad program in conjunction with the American Institute for Foreign Study.

He and his wife taught and toured with a group of eleven interior architectural design and art students to London, England for eight weeks in the summer of 2002.

In the summer of 2004 he and his wife taught and toured with a group of twenty-two interior architectural design and art majors in Florence, Italy for eight weeks.  While teaching at CSULB he has made several trips to New York and San Francisco as a chaperon, visiting interior design and architectural firms with the graduating senior classes.

In 2005 he was the lead faculty responsible for the senior thesis presentations and professional night for the interior architectural design department.

In terms of his community service, Mr. Chenier was involved with the Westchester Streetscape Improvement Association to design pocket parks and street improvements.  He was also involved with the Westchester-Marina Del Rey Chamber of Commerce, the Marina Del Rey Rotary Club and the Los Angeles Chapter of the AIA.  Now, with his move to Portland, Oregon he is becoming an active part of the Pacific Northwest family living with his wife and two young children.